Who we are? We are laser scenographers.

What do we call laser scenography? For the team of our lux aeterna laser theater, laser scenography means a fairly wide range of technical, technological, design, artistic and, if it so wish, philosophical meaning.

What is absolutely unambiguous is that laser entertainment for us is not a set of a color laser projector, scanner, Pangolin or something like that, as well as a set of ready-made frames.

What are we doing? Nothing out of the common. We are designing and building Laser Roofs of Heaven.

Have you heard about this? We started from small screens for more than 40 years. These screens were designed for dia-projection. We bought a speaker with a large diffuser and pasted on it fragments of an unnecessary mirror. Then the music was connected to the speaker and its diffuser began to vibrate, and with it the mirrors moved. By directing colored rays to them, we received on the screen a whimsical dance of colored geometric figures. It was enlightening and fun at the same time. But over time, this world has become more and more cramped for us. Step by step, having mastered the dome of the planetarium, we decided to test ourselves with the Roof of Heaven.

How long have we been doing this? From the point of view of world history, nothing at all. But from the standpoint of laser art – we were among the first.

Nine years later, we projected the rays of the most powerful at that time stage lasers (2,5 W krypton and 6,5 W argon) on the night clouds over the Moscow Dynamo stadium. This equipment had a couple of hundred kilograms of weight, water cooling with a bunch of inconveniences in tens of meters of hoses for supply and discharge of water; hoses were tangled underfoot and caused a lot of trouble to the organizers, spectators, and, accordingly, to ourselves.

And today a color laser itself is a small mobile box. With all the fact that laser technologies and software are continuously evolving, artistic techniques have not changed much. The principles of creating art laser images are essentially the same as 40 years ago.

Today, thanks to our friend and partner, laser engineer Tamás Kovács, giving us the opportunity to work with his brainchild – a color laser with output of 300 W, Lux Aeterna laser scenography is going to receive a new impetus.

Lux Aeterna new impetus in the field of laser scenography 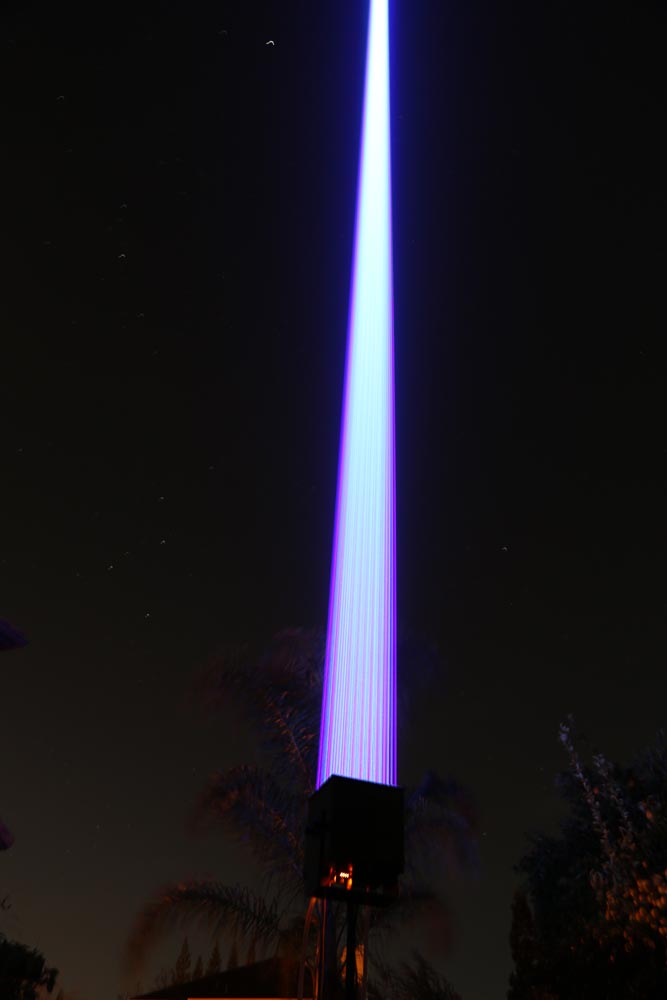 Laser Scenography: the joy of creation of a new laser presence, environment, space and immersion. Special laser surroundings of any complexity.

We are not fond of technocracy. We do not make a show exactly like a thousand other shows. Our approach is different. Our arsenal of expressive means is much broader. And we do not use ready-made templates.

Secrets lie in the tricks and details.

It is appropriate to recall an old joke about English grass. Question: why do you, the British, have such green grass? The answer is: because we water it for 300 years continuously. We gradually catch up with the British. Thank God, not in the irrigation of grass. Lux Aeterna laser theater team is creating great entertainments using laser light for 40 years.

Our professionally sharpened laser brush helps us in this. 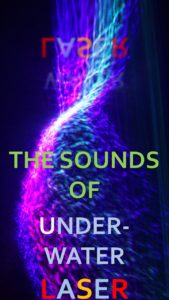 THE SOUNDS OF UNDER-WATER LASER 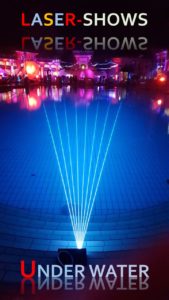 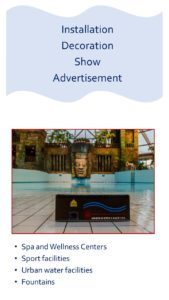 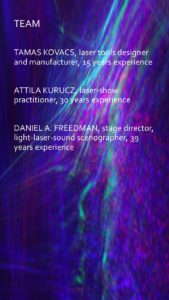 REFERENCES: The Szecsenyi Bath in Budapest, the largest medicinal bath in Europe; Aquaworld Resort Budapest, one of the biggest indoor water theme parks in Europe.

Certainly number 1 on the market of underwater lasers 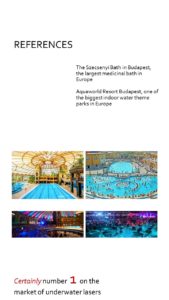 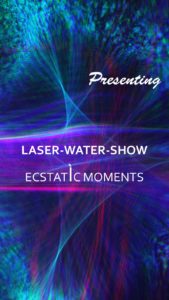 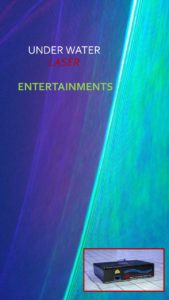